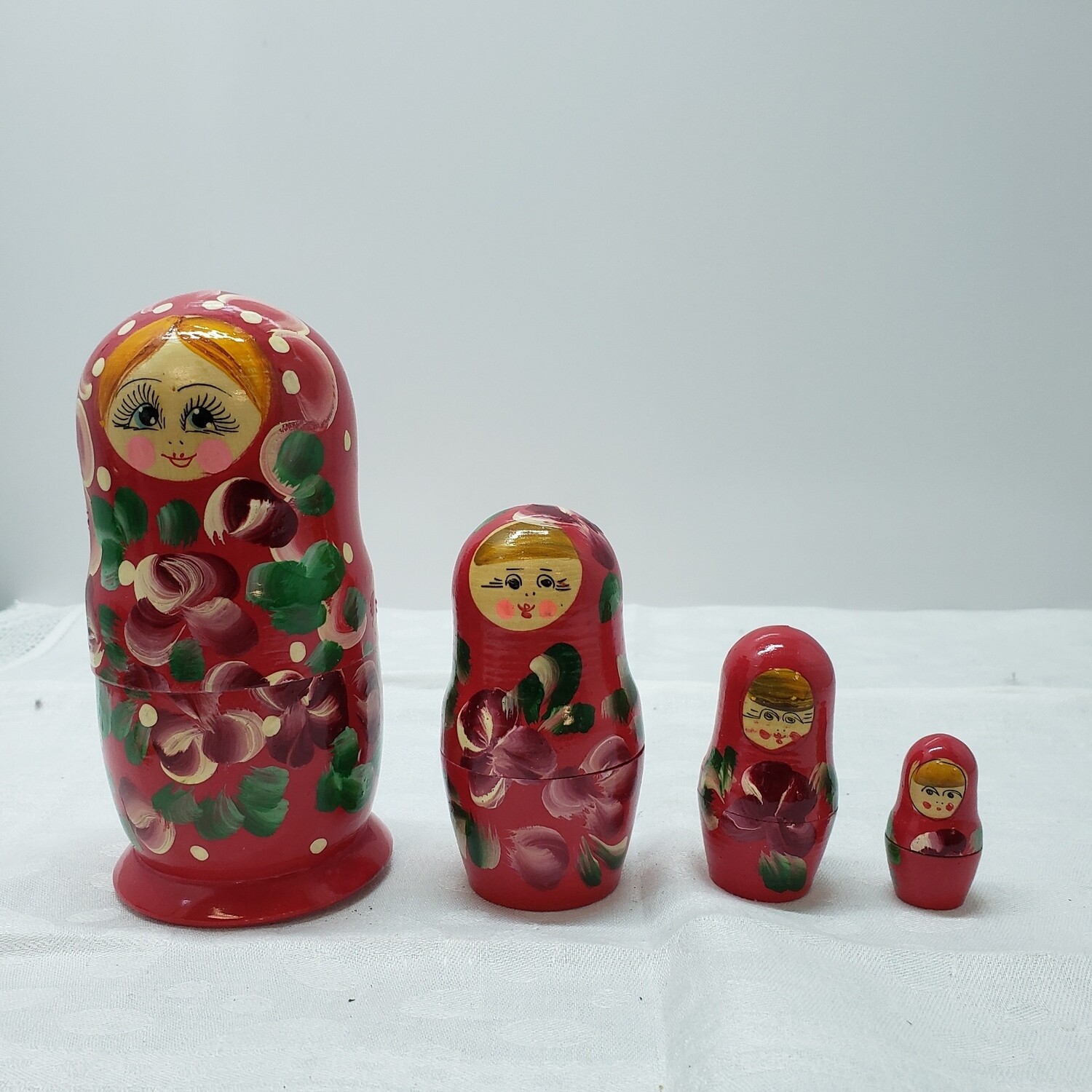 One mention of the word “matryoshka” and most people would automatically think “Russia”. It’s no surprise since for more than a hundred years now, Russia has been populating the rest of the world with their very own matryoshka nesting dolls. These dolls have been a symbol of the traditional Russian life, the importance of a mother in the family, and a great deal of respect given to her by a family with many children and their extended members under one roof.

Although considered as one of the oldest traditions in the culture and history of Russia, many sources and historians believe that the dolls were not considered as much of a groundbreaking invention as they are often thought to be. In fact, it was never an invention, but merely innovation from an inspiration. Strong evidence points out that other forms of nesting dolls existed hundreds of years before the first matryoshka set was even made.

So, You’re Saying That Nesting Dolls Were Never Invented in Russia? That’s true. Despite the fact that nesting dolls gained worldwide exposure and popularity from Russia, there is physical proof that the idea of the nesting of dolls inside one another has existed since the beginning of the first millennium—that’s nearly 900 years before the first matryoshka dolls were made.

Created for the purpose of storage and decoration, the Chinese invented the nesting of wooden boxes inside one another in 1000 AD. The concept consisted of a big wooden box that when opened contained an almost identical wooden box, but smaller, and inside that smaller box contained yet another smaller box, and so on. This concept would then evolve from nesting boxes to nesting dolls, serving as the foundation of the world’s first nesting dolls.

That approach soon emigrated to Japan, which they then implemented the idea to create the wooden dolls of their own deities. The Shichi-Fukujin or Seven Lucky Gods—who are believed to grant good luck in Japanese mythology—were amongst the first to have wooden nesting dolls made in their image. The Japanese god of happiness and longevity, Fukurokuju, is shaped in a wooden doll that can be taken apart and inside would reveal the six other gods. This very same doll managed to catch a young woman’s attention, so she brought it back to her home country. That someone is Elizaveta Mamontova.

The First Matryoshka Dolls in Russia Elizaveta Mamontova was the wife of a wealthy Russian, industrialist, and entrepreneur named Savva Mamontov. Mamontov was a patron of the arts and was an advocate of creating and preserving the folk art of the Russian culture. Because of that aspiration, he founded a workshop in Abramtsevo, Moscow. The Children's Education Workshop aimed to design and construct children’s dolls which would depict and represent the traditional Russian lifestyle and culture.

This is where things get tricky. There is no clear certainty that Elizaveta bought the doll to the workshop thus serving as an inspiration for the workers there, including Vasilii Zvyozdochkin and Sergei Malyutin—two people behind the world’s first matryoshka dolls. Some believed that the doll Elizaveta bought home sparked an idea in Zvyozdochkin and Malyutin that led to the creation of the matryoshka doll. Some historians believe that the inspiration came from Russia itself, not a doll from another country. It is well-known that Russians created detachable Easter eggs before the first matryoshka dolls were made, and perhaps this was where the inspiration came from.

Some sources then point out that Vasilii himself—as stated in a memoir—<that he> was interested in creating a doll that would be hollow with hidden toys inside of it. There was no mention of the Japanese Fukurokuju dolls or the early Russian Easter eggs. Wherever the spark came from, this idea inspired him and Malyutin to create the first ever set of the Russian nesting dolls. This inspiration resulted in the Rooster Girl, which they named “matryoshka”. The matryoshka nesting doll was the first wooden handmade nesting doll in Russia. Having a big family is a common culture and practice in Russia. But this doesn’t just rely on the mother’s capability to have as many children as she can. This also includes extended members of the family who are all present under one roof. Aunts and uncles, grandparents, nieces, nephews, in-laws, and grandchildren all play a role in the traditional Russian family.

The first matryoshka set was composed of eight individual wooden dolls in total. The biggest doll is of a female holding a black rooster in her arm which became the reason why she was better known as the Rooster Girl. Inside her were seven other dolls nested within each other. The set had a total of nine characters: six of them were confirmed female, and one confirmed male, the other two—one drawn inside one of the female dolls as if being held by the bigger sister, and one is of a baby swaddled in a patchwork quilt—do not have confirmed gender identities. Four of those eight dolls held various items in their hands: the rooster, a scythe, a bowl believed to contain porridge, and a broom. All eight dolls are clothed in the traditional Russian peasant attire. Once again, Elizaveta Mamontova is thought to have played a key part in the matryoshka dolls’ popularity. Many historians believe that she was the one to bring them to the Exposition Universelle, a world fair held in Paris in the year 1900. The toy earned a bronze medal on the fair. Not long after, the concept gained popularity in its local land and was being created all over the country, causing a mass production of the dolls in Russia. Within a short amount of time, tourists would acquire the matryoshka nesting dolls and bring it with them to their homelands, gaining yet more exposure.

Matryoshka dolls are still being continuously made, with the majority produced in Russia. Traditional designs are still being followed, but over time the designs and patterns have evolved. Nesting dolls created in the present time can be designed with cartoon characters, political personalities, celebrities, nature, and animals, even customized to someone’s own family.

Either traditional or modern, the constant production of the Russian nesting dolls indicate that the toys are still being bought and enjoyed all around the world, exhibiting the once tranquil and simple lifestyle the early Russians once had, and the significance of a mother in a simple family.