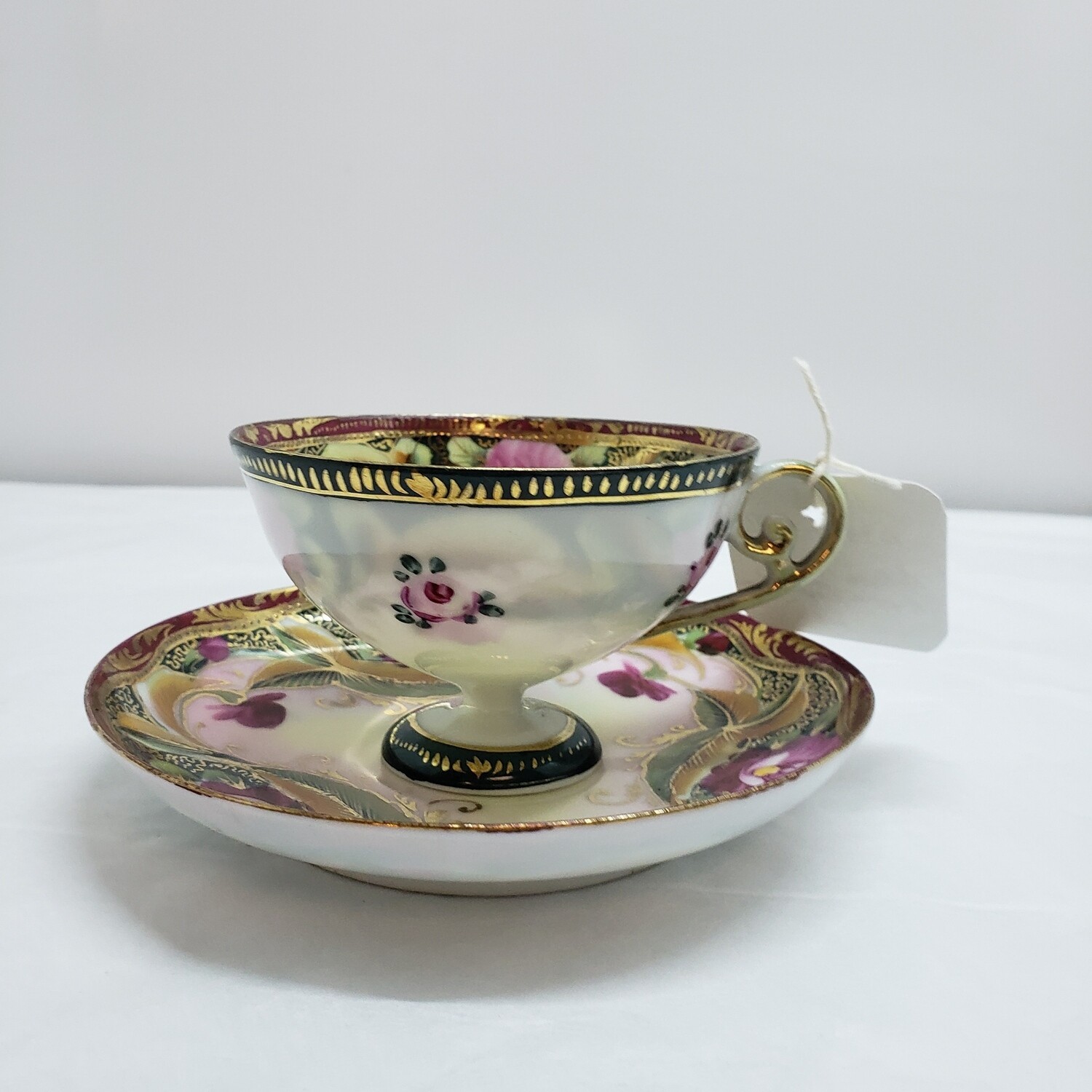 Nippon porcelain refers to vases, teapots, wall plaques, humidors, and other ceramic objects stamped with the word Nippon on their bases. The practice began in 1891 in response to the U.S. McKinley Tariff Act, which forbade the import of items that weren’t “plainly marked, stamped, branded, or labeled in legible English words.” Nippon is an English word approximating a pronunciation of the Japanese word for Japan, but in 1921, the word was ruled Japanese in origin, so Nippon was no longer accepted by U.S. Customs Agents. From then on, imported Japanese china was stamped Japan. Today, Nippon-marked porcelain tends to have a higher value than pieces marked Japan, which means collectors should be wary—demand for Nippon porcelain has created a market for pieces with fake transfer-based marks. Japanese potters of the Nippon era, including those working at the company that became Noritake, were trained in European styles and successfully imitated the work of Limoges, Belleek, and R.S. Prussia. These pieces, meant to be sold to the United States, were hand-painted in an elaborate manner that didn’t appeal to the spartan Japanese tastes of the day. Imagery on hand-painted Nippon ranged from animals such as owls, horses, and dogs to elaborate splays of flowers, some rendered in a technique called coralene. Another unique application was moriage, in which clay was applied to a piece like icing on a cake, before being glazed or gilded. Tapestry decorations were another favorite of Nippon artists. In those pieces, the surfaces appeared textured by fabric, which, in fact, was applied to the clay when it was still damp before being burned away in the kiln.

Best of the Web