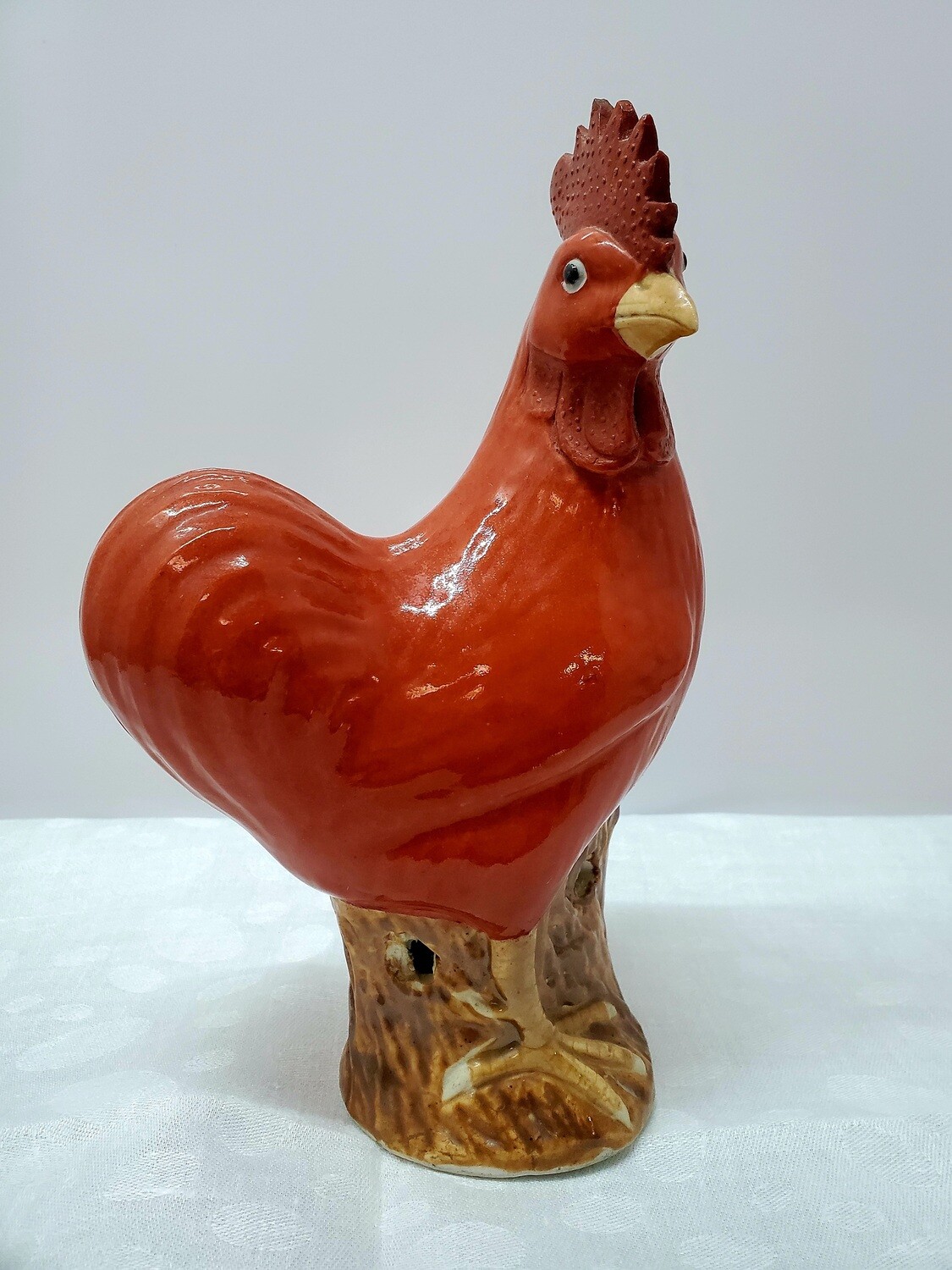 Introduced to Europe in the fourteenth century, Chinese porcelains were regarded as objects of great rarity and luxury. The examples that appeared in Europe in the fifteenth and sixteenth centuries were often mounted in gilt silver, which emphasized their preciousness and transformed them into entirely different objects. By the early sixteenth century—after Portugal established trade routes to the Far East and began commercial trade with Asia—Chinese potters began to produce objects specifically for export to the West, and porcelains began to arrive in some quantity. An unusually early example of export porcelain is a ewer decorated with the royal arms of Portugal; the arms are painted upside down, however—a reflection of the unfamiliarity of the Chinese with the symbols and customs of their new trading partner

Porcelains were only a small part of the trade—the cargos were full of tea, silks, paintings, lacquerware, metalwork, and ivory. The porcelains were often stored at the lowest level of the ships, both to provide ballast and because they were impervious to water, in contrast to the even more expensive tea stored above. The blue-and-white dishes that comprised such a significant proportion of the export porcelain trade became known as kraak porcelain, the term deriving from the Dutch name for caracca, the Portuguese merchant ship. Characteristic features of kraak dishes were decoration divided into panels on the wide border, and a central scene depicting a stylized landscape

As the export trade increased, so did the demand from Europe for familiar, utilitarian forms. European forms such as mugs, ewers, tazze, and candlesticks were unknown in China, so models were sent to the Chinese potteries to be copied. While silver forms probably served as the original source for many of the forms that were reproduced in porcelain, it is now thought that wooden models were provided to the Chinese potters. It is likely that just such a model inspired a porcelain taperstick of around 1700–1710 .

Porcelain decorated only in blue pigment painted under the glaze dominated the export trade until the very end of the seventeenth century. The popularity of polychrome enameled decoration painted over the glaze seems to be a result of the growing interest in porcelain decorated with coats of arms. The first armorial porcelain was painted in cobalt blue only, and this monochrome palette made it extremely difficult to depict a legible coat of arms. Polychrome enamels allowed for detailed, accurate coats of arms, and the trade in armorial porcelain became the defining aspect of Chinese export porcelain in the eighteenth century. Curiously, only one complete design for an armorial service survives; made for Leake Okeover of England, the service dates to about 1740

With the appearance of porcelain factories in Europe in the early eighteenth century, the demand for Chinese export porcelain began to diminish, and by the second half of the century the trade was in serious decline. New geographical markets, however, revitalized the export porcelain industry. Following the nation’s newfound independence in 1784, America officially entered into trade with China. Consistent with European trade, American agents in China expedited special orders for clients. An unusually complete surviving service is that produced for Samuel Chace, who may have ordered it on the occasion of his marriage in 1784 . Personalized porcelains often displayed fervent patriotism in their depictions of a variety of American themes and motifs, including the American eagle , the country’s forefathers—especially George Washington —and the Society of Cincinnati. The latter is the subject of a remarkable punch bowl of around 1786–90; its painted decoration, executed in extraordinary detail, consists of a replica of an engraved certificate issued by the Society of Cincinnati to Ebenezer Stephens, a major general in command of the New York artillery

By the late nineteenth century, Chinese export porcelains, especially blue-and-white ware, had achieved a status in this country above the merely utilitarian. Looked upon with nostalgia, they became emblematic of the colonial era. During the last decades of the century, Chinese export porcelains were increasingly collected by connoisseurs, an indication of a new antiquarian interest in America’s past.